The first Burmese was brought into America from the Far east in 1930.  Her name was Wong Mau and the Burmese breed began with her.  Burmese are very intelligent and have marvellous temperaments.  They are friendly, affectionate, outgoing and are not as vocal as some other breeds.  They are also known as Dog Cats due to their ability to retrieve and their total loyalty to their owners.  Burmese are a very social breed and do not like to be left alone without human or feline companionship 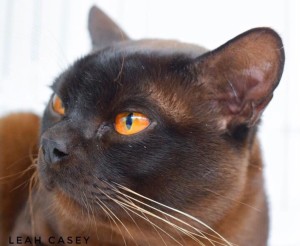 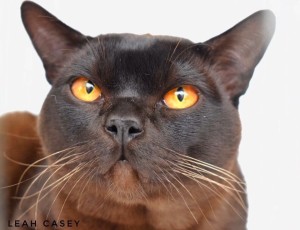 Barney is our pride and joy and we have just started to breed from him, hoping his first kittens will be shown in 2018.  He is a stunning Burmese and a beautiful personality.  He won Best in show at three shows and made Grand Champion so young.  He is a joy and I will always be grateful to own him. Thanks to Sally Giles and Judit Toth for this very special boy. He is a mix of Australlian breeding(kittykats) and European which makes him very exciting for us to breed from. 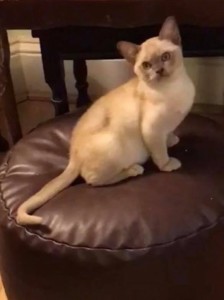 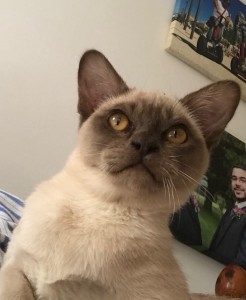 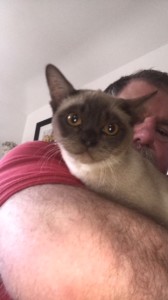 Kara came to us from uk with two Australlian parents who are Grand Champion Miamber Aussie Ausborn and firefly Miss Calpso.  Thanks to Michael Quick and Neil Wallace for this stunning girl.  She is a joy to live with and we will show her in 2018.  She brings with her all that wonderful Australlian breedingn which i am so keen to bring in to my line. 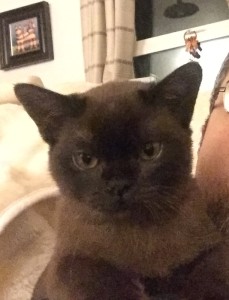 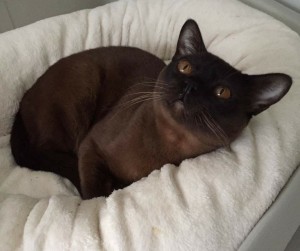 Kendell is our first baby from Barney and is much adored.  She adores people and is so much fun to live with.  She brings the dog/cat personality to life.  Her mum is one of our Xtaskia girls from the lovel Michael Quick. 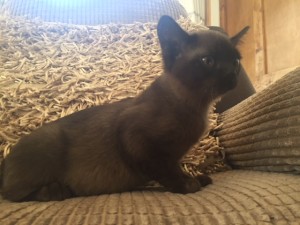 Buni is daughter of Beyonce knows and is the seventh generation of our own breeding.  She is out of our Backchat boy and is all uk and irish breeding  we are hoping she will be a great addition to the next generation as she is a big strong girl. 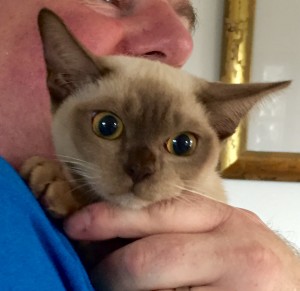 Kim is one of the two girls we brought in from Uk from Michael Quick.  They are both lovely big strong girls with uk and european breeding in them.  We hope they will do great things for us as a cattery.  This pic was taken just after they arrived from uk, lol, as you can see from Kims face.

Dandy is out wonderful lilac burmese boy who is our current stud boy , he comes from Debbie and Stephen of Ismisha cats.  He has had three Cc’s in his first three shows and Grand Champion in another three so we are all very proud of him.  He is a very special cat with a great personality and a joy to live with and handle.  Thanks a million to Stephen and Debbie at Ismisha for this stunning boy.  We cannot say enough good about this lovely cat and the beautiful healthy strong kitttens he has given us.  With so many Burmese being so tiny now it is great the have a boy producing the correct size for health and showing. 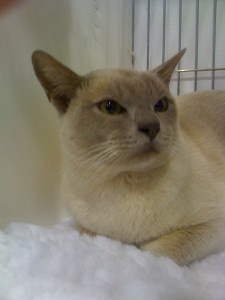 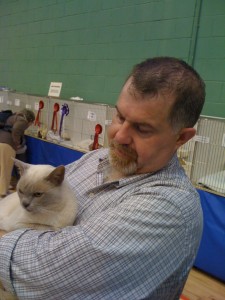 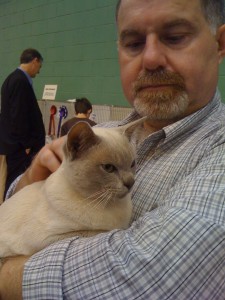 One of the celebrities of the house!  Lola is a beautiful lilac girl and is a bit mad. She is constantly on the move and is a very typical outgoing, bubbly and happy Burmese kitten. We hope that we will continue to show Lola but whatever happens , thanks to her we had a wonderful supreme show in 2003. Lola is retired and living in a happy pet home for the last few years. 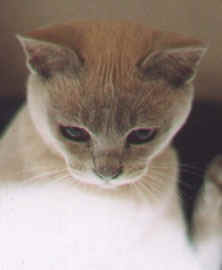 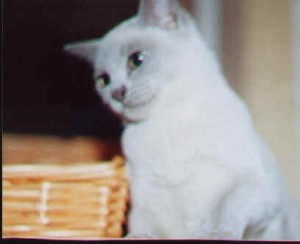